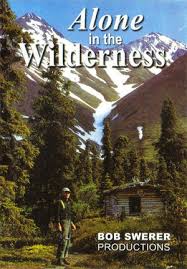 “Too many men work on parts of things. Doing a job to completion satisfies me.” A mesmerizing documentary first broadcast on PBS, Alone in the Wilderness highlights the fascinating story of World War II veteran, skilled carpenter, mechanic and amateur naturalist Richard “Dick” Proenneke (1916-2003), who retired at the age of 50 in 1967 and decided to build a cabin on the shore of Twin Lakes in the Alaskan wilderness. Alone in the Wilderness focuses on Proenneke’s first year in the wild and showcases his remarkable craftsmanship in building the cabin, as well as his struggles during the brutally cold Alaskan winter months. Proenneke remained at the cabin for the next 30 years, only returning to civilization in 1999 at age 82 after facing health issues. A follow-up documentary, Alone in the Wilderness: Part II, appeared on PBS in 2011. Proenneke’s cabin has been preserved and is now part of Lake Clark National Park and listed on the National Register of Historic Places.

The Midnight Special with Andy Kaufman (1981)