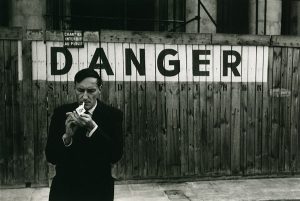 Lost Writing: The Hippos Were Boiled in Their Tanks (collaboration with Jack Kerouac), 1944

Subtitle for Junkie: “Confessions of an Unredeemed Drug Addict”

On Junk: “Junk is not, like alcohol or weed, a means to increased enjoyment of life. Junk is not a kick. It is a way of life.”

Definition of Naked Lunch: “[A] frozen moment when everyone sees what is on the end of every fork.”

Dr. Benway Speaks: “I deplore brutality . . . It’s not efficient. On the other hand, prolonged mistreatment, short of physical violence, gives rise, when skillfully applied, to anxiety and a feeling of special guilt.”

On Addiction: “Whether you sniff it smoke it eat it or shove it up your ass the result is the same: addiction.”

On the Life of an Addict: “I did absolutely nothing. I could look at the end of my shoe for eight hours. I was only roused to action when the hourglass of junk ran out.”

Comparison to T.S. Eliot: Both born in St. Louis, both descendants of old American families, both attended Harvard University, The Waste Land=Naked Lunch

On T.S. Eliot: “Of course, when you think of it, The Waste Land was the first great cut-up collage.”

As Character in Kerouac’s Novels: Will Dennison, The Town and the City; Old Bull Lee, On the Road; Frank Carmody, The Subterraneans; Bull Hubbard, Desolation Angels; Wilson Holmes Hubbard, Vanity of Duluoz

First Wife: Ilse Herzfeld Klapper, 1937-1946 (Burroughs only married Klapper so she could flee from Nazi regime in Germany)

On the Kennedy Assassination: “Of course it has all the earmarks of a CIA and Mafia job combined.”

On the Future: “The Planet drifts to random insect doom . . .”

Cause of Death: Heart Attack