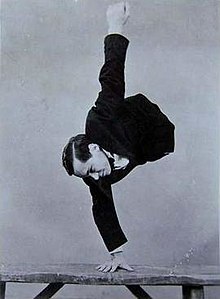 Often billed as “The Amazing Half Boy,” Johnny Eck (1911-1991) appeared in Tod Browning’s 1932 horror classic, Freaks. Eck (real name: Johnny Eckhardt) was born without a body below the waist and had a twin named Robert. At the tender age of twelve, Eck joined the freak show circuit and soon earned the title “King of the Freaks.” He and his brother toured the country as part of a famous magic show, performing a routine where Eck was “sawed in half,” much to the horror of many theatergoers. Eck once famously remarked, “If I want to see freaks, I can just look out the window.”