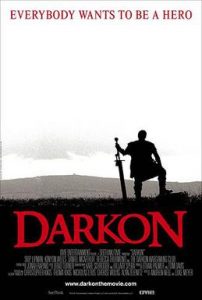 “Everybody wants to be a hero and in everyday life most of the time you don’t get to be the hero.” It’s tough to believe that an offbeat documentary about a hardcore “full-contact medieval fantasy wargaming group” out of Baltimore would be so engaging – but somehow it all works. The film follows “everyman” and “mr. mom” Skip Lipman, who lives and breathes for the opportunity to gain an edge and lead his group to total victory within a fictional world where new alliances are formed over coffee at Starbucks and betrayals are unearthed at Denny’s. Along the way, Lipman gets the chance to spout such ridiculous lines as “Lord General Keldar, it is your hypocrisy that has been a noose about the neck of the realm for so long!” Let’s face it, this guy takes this shit WAY too seriously! At the outset, I felt like laughing at this crazy bunch of weekend warriors but as the documentary went on I found them strangely sympathetic (and the actual battles seem like a hell of a lot of fun!). Directed by Luke Meyer and Andrew Neel, Darkon captured the “Best Documentary Audience Award” at the 2006 South by Southwest (SXSW) Film Festival in Austin, Texas.Bottom line: Darkon touches on the real banality of modern life and features a great final “battle” scene.